Butterflies, Ladybugs and Bees, Oh My!

On a beautiful sun-filled day in early autumn 2017, set in the forested area at Temple’s Sugar Bush in Lanark, Ontario, Jenny and Oliver finally took a walk down the aisle that was fifteen years in the making.

In was 2002 when they met under rather interesting circumstances. Each was the wingperson (oh I just had to!) to their respective friend for a blind date. Things quickly went downhill for their friends because the arguments between them began within fifteen minutes. (That might be a record!) Oliver and Jenny were sitting at a table outside talking when they realized that maybe their friends were not a match that was meant to be. As they talked, however, they wondered if maybe theirs was a match that was meant to be. As fate would have it, fifteen years later that first conversation led to “I do.” Jenny’s friend from the ill-fated blind date was even a bridesmaid at the wedding. Sigh. We love a good fate-filled story!

Oliver had been planning for a few years to ask Jenny to marry him and was working hard to save money to buy an engagement ring. Economic fate stepped in, however and Oliver lost his job. Once he started working at a new company, he began saving again for that engagement ring. But at Christmas in 2015, their two families just happened to be together in the same room. Oliver thought, “There’s no better opportunity than now!” He found a piece of string and made a ring out of it and made it his mission to ask Jenny the question she knew was coming, but not exactly when. (We’re happy to report that Oliver took off his turkey-carving apron before getting down on one knee…but he’s pretty sure he was wearing mashed potato somewhere!)

Jenny had been, by all accounts, pretty patient. They had lived together since 2004 and she couldn’t imagine her life without Oliver. She didn’t see a need to put any pressure on him. They were already happy! Up until Oliver met Jenny, he didn’t really believe in the modern interpretation of marriage and the way our society does it but he did believe that he and Jenny were meant to do life together so he decided they could do it on their own terms. Indeed they did!

Jenny’s sisterwas her Maid of Honour. The bridesmaids were close friends (one of whom was the woman on that blind date mentioned above! Oliver had his friend Patrick stand up for him as Best Man and his brother, also named Patrick was his groomsman.

They went to the Temple’s Sugar Bush bridal showcase to look for a wedding photographer. They had already chosen Temple’s because of the homey feel and Jenny’s love of nature so they hoped to find a photographer there who knew the landscape and had experience at their venue. That’s where they met us and they felt an instant connection. They gravitated toward our sense of humour, our relaxed but professional approach and our unique photographic style. They wanted a professional wedding photographer who was whimsical and artistic and above all, fun! Jenny needed a little help coming out of her shell so she wanted someone who could help draw out her smile naturally and make her and Oliver feel relaxed. Nailed it!

Jenny has always loved red. It’s her favourite colour. And roses. Her grandparents were big on roses, so it was important to Jenny to honour them by using roses in her bouquet and arrangements.  The red dresses worn by the bridesmaids were a perfect pairing to the rich hues of early fall and set off Jenny’s lovely blonde hair and alabaster skin.

As luck would have it, Oliver threw his back out a few days before the wedding so a couple of trips to the chiropractor and the family doctor got him back in shape quickly with some good medication and some relaxation.

Jenny, however, was on a cloud. Everything was finally coming together so she decided to apply a honey mask the night before the wedding. The photographer joked that morning that she would attract flies that way but Jenny enjoyed the relaxation and the glow to her skin on the day of the wedding.

The moment was finally here! Oliver stood at the front awaiting his bride and Jenny was making her way to the beginning of the aisle. And then the swarm came. The ladybugs seemingly came from nowhere and everywhere! One little rascal even found its way down Jenny’s dress while a bee perched itself in her bouquet. Butterflies joined in the fun and it became quite the scene, all of which Jenny and Oliver thought was completely hilarious! They wanted a fun wedding with their closest family and friends and they got it! Of course, five minutes after the wedding ceremony, all of their insect guests moved on, presumably to another event.

The best part of the day

“By far, spending time with our family.” Both Jenny’s and Oliver’s families are sprinkled across Canada so having everyone together is one of their happiest memories. They just wanted to spend the day celebrating with the people closest to them and laughing and enjoying music and their vision was complete, ladybugs included! 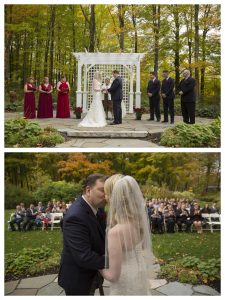 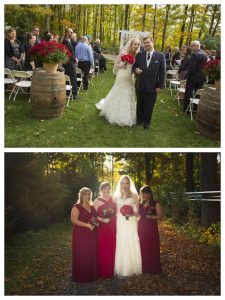 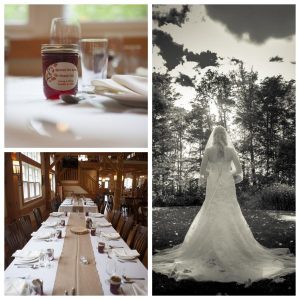 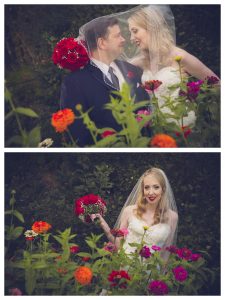 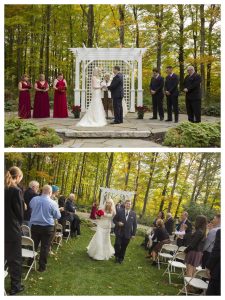 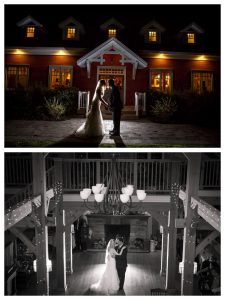 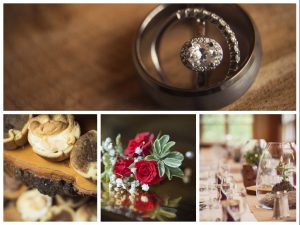