Back in the summer of 2014, a friend of mine let me know she had the perfect girl for me. After years of watching me hop around the dating world unsuccessfully, meeting some nice people, but never the right girl for me she was sure this would change.

To say I was reluctant was an understatement, but I couldn’t help the positive feeling I had about taking that chance, so I figured “what the heck!” and just went for it.

We met at our mutual friends house for a group date with two married couples and I walked in and saw Jenn and the first thought in my mind was “jackpot!” To say I was very awkward on that first date was an understatement, since I’m awkward on the best of days, but she was very nice and seemed to like that I was trying to flirt, no matter how unsuccessful I was at doing so. I asked for her number at the end and hoped for the best… and we got together again and again and kept doing so growing closer and closer.

A few weeks in I was talking to my mother and she asked how things were going and I surprised myself by saying “I think this one could be the one!”

We kept dating and by Christmas of 2015, she was coming with me to visit my parents in Florida and what she didn’t know was at the bottom of her stocking was an engagement ring. We had talked about getting married previously, and went to look at rings, so I could watch her reaction to know what to go with when the time came and I guess I did alright, because after I stammered the words “I want to spend the rest of my life by your side… will you marry me?” she wiped the tears from her cheek and said “yes” before hugging me tight. We spent the morning with her family and by lunch time we were off to Florida to see my folks and to spread the news.

For us, all the real chaos, began after getting back from Florida and as we started to figure out what getting married actually meant… we had to put on a wedding! We thought about going away for a destination wedding, but there were too many people we cared about who wouldn’t be able to come. So we went to the Ottawa Wedding Show for some inspiration and immediately were overwhelmed by immensity of choices we needed to make. We sheepishly went from table to table as packs of brides and bridesmaids looking like wolfpacks on the hunt passed us by and we were at a complete loss.

That was until we got to a photographer’s booth and started looking through his sample book. We knew he was the one who we wanted taking our photos, but it was the wedding photographer himself, Mitch Lenet, who wouldn’t just let us move on, but took the time to talk with us, calm us down, and break down some of his experiences to give us an idea of what to look for.

As part of our talk he casually mentioned he was working with a new group at the Perth Legion. They had an all-inclusive package, which meant less stress for us. They would help plan out the day and also included the dinner, the cake, the venue, DJ and of course Mitch’s Ottawa wedding photography team. Finally it was something we really wanted, something less complicated, people with compassion, honesty and integrity who were there to help us make our wedding day everything we wanted it to be without all the needless complications and the hard sales pitches.

We still checked out a few other options, but we called the Legion in Perth and set up a time to drive out there and get a tour to see if this was too good to pass up. It was there we met Laina Trevena, who was an absolute god-send… I knew from the look on my wife’s face that we may have found our venue and wedding package. It wasn’t the legion itself, (though it is on a beautiful plot of land next to the river in picturesque Perth), but the people like Laina and Mitch which made it so special.

There was no request to large, and no detail too small, Laina was there with an answer to any question you could ask and the ones she couldn’t answer on the spot, was back to you within a day with a definite answer. We even freaked out a little about the lodging possibilities given most of our families would be travelling from about an hour away in Eastern Ontario and she went out one weekend to personally tour all the options, because she wanted to be sure about what she was recommending.

The clinching point for myself was what the Royal Canadian Legions meant a lot to myself personally, as I grew up being brought to them by my grandfather, a WWII vet from the RCAF, who met and married my grandmother while stationed in England.

Walking around the Legion I couldn’t help but think of him, and the clincher was their massive War Museum located upstairs in their venue, which had a prominent display of a RCAF uniform similar to what my grandfather wore in his RCAF pilot’s liscense photo. That liscence is my most cherished memento from my grandfather, who had passed some 10-15 years prior. It’s been with me through big moments of my life and I associate with it as a personal good luck charm, a sign that he was watching over me and had my back. It was there with me when I met Jenn, our first date, and when I proposed and I wanted to keep it in my pocket when I got married, since I knew my grandfather would have my back. He certainly would approved of not only Jenn, but this venue, in fact, we would have had to drag him out of the museum for the reception after wards. I was just in awe… then the words “We can have this open for your guests to get tours of during your cocktail hour” were uttered by Laina. I had to stop myself from saying “Sold!” out loud, at the moment as I knew it was a decision for the both of us to make, but luckily we were both on the same page.

In the following months we met fairly regularly with Laina, sometimes in Perth, sometimes in Ottawa, and sometimes with Mitch to help set up all the important details of our wedding and all of its little nuances. My bride Jenn, had alot of ideas from Pinterest and other sites on the internet she looked up as well. She got some help from her mother and sister who’s taste she always admired and we started making our choices for what my love called “a Rustic Chic wedding”.

It was at that point I as a guy, learned what up-lighting and tuel were, and in fact there was a difference between gold, and glittery gold as well as Green Apple green and other versions of green apple green. Who knew?

We wanted a lot of wood and trees as part of the day, which complimented the outdoor scene of our wedding right there at the legion. We managed to have a wood cupcake stand with slices from small trees made to help complete the look, as well as using navy blue, and the “sparkly” gold to compliment the green apple colour and other greens from the flowers. My mother even painted a tree for us, which we had guests sign the leaves instead of having a guest book. We certainly did things our way, and not once was it an issue.

All along that time Laina, not only nodded and re-assured, but made all of this happen.

We had our wedding ceremony on Park land next Legion and river, we had our cocktail hour in the wedding hall, our guests toured the war museum and old single lane bridge outside of the venue and more importantly we had a blast in doing it.

That morning I opened a present from my bride and it was a pin with my grandfather’s face lasered on it to wear next to my heart and keep near me, since she knew about my lucky charm and wanted to make sure I had some extra luck. I actually welled up… how did I get this lucky? Not only to meet the woman of my dreams, but one who knew me so well and cared so much to do something that special.

Adding to our theme, my new brother-in-law and a military veteran himself, while serving as our MC also managed to incorporate the museum, his military experiences into his speech, adding such a nice touch to the theme to help make things that much more special.

Our day was a blur, but it was as Laina always promised it would be “perfect”.

Every little detail was taken care of, the food catered by the Stone Cellar in Perth (also part of the package) was amazing, as was the cake and DJ who kept things going all night long as our guests did their very best to wear out the dance floor. My bride got the “Rustic Chic” wedding of her dreams, and I got my military moment, which brought some family history into our day… I can’t say anything more than it was perfect.

Everyone helped to make our wedding day special and perfect. We met with Mitch shortly after and were left in awe with literally hundreds of photos which will help preserve these cherished memories of our wedding day. Now we have our lives together to create many more memories. 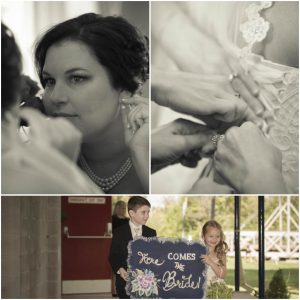 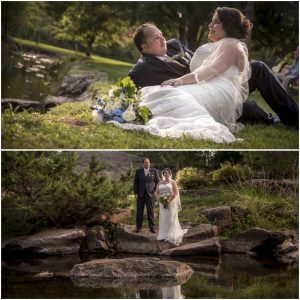 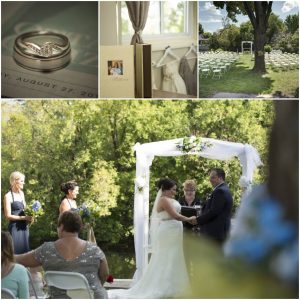 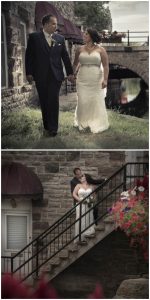 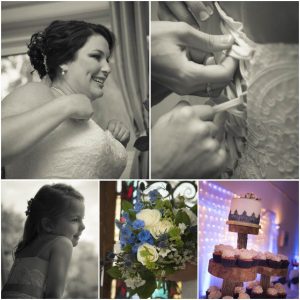 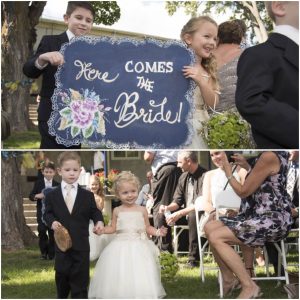 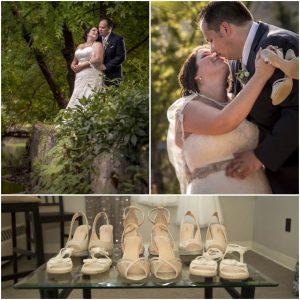 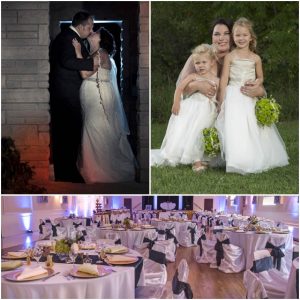 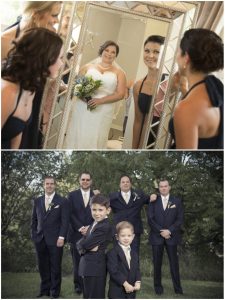 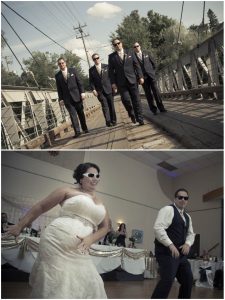 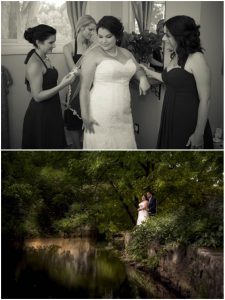 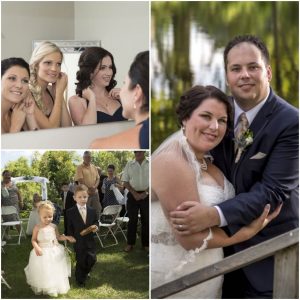 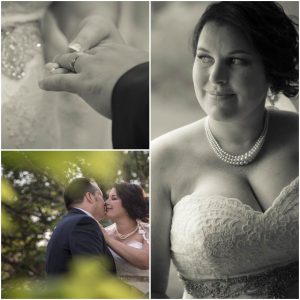 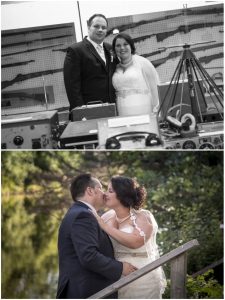 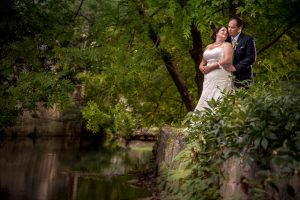